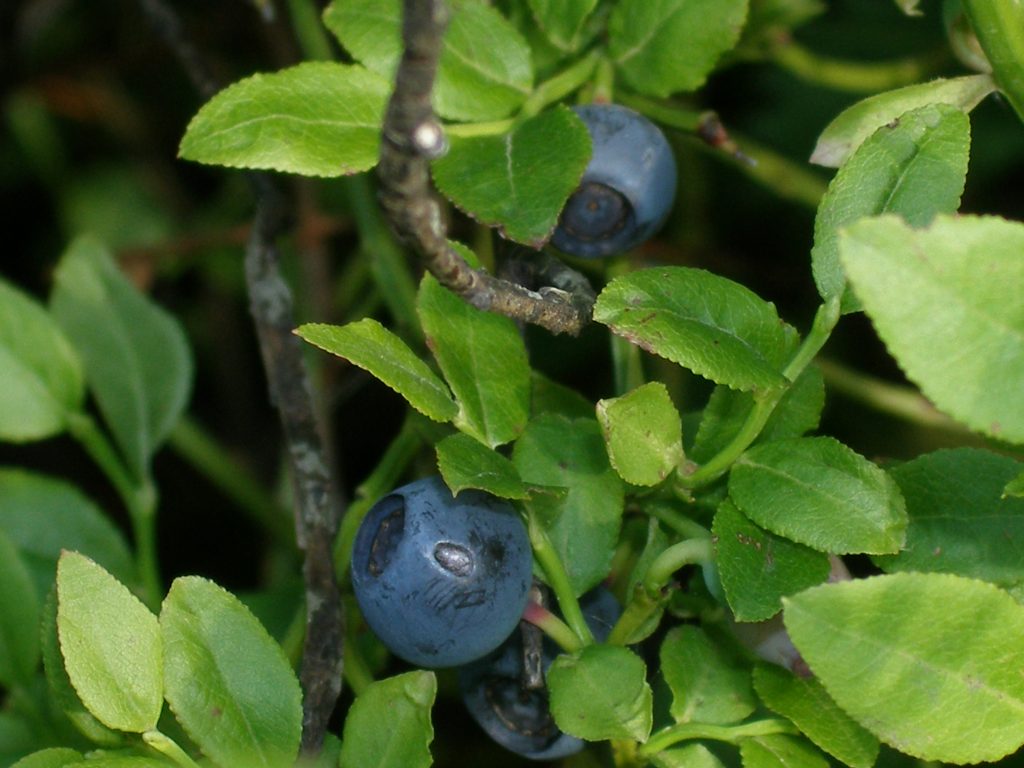 At last, summer has arrived, and with it, the wonderful time of berry gathering. To my taste buds, there is nothing more delicious than a bowl of freshly collected wild strawberries and wild blueberries served with only with fresh milk and sugar – it instantly triggers bliss and brings back happy childhood memories of carefree sunny days spent grazing my way through the woods. My mouth, shirts, and hands stained a deep purplish red for weeks on end. I did not care. I was happy as a bear, gorging myself on this seemingly inexhaustible supply of berries. That is how I came to be a forager at the age of five, a passion that has stayed with me all my life.

Blueberries like an acid environment and are particularly prolific in northern pine forests, heath, and moors. They cling to hillsides or hide among the heather. Although they can be found in the moors of southern England they are more prolific in Scotland and Wales. In the US they are mostly found in the Rockies and other mountainous regions of the western States. Commercial blueberries are widely cultivated in the Northeastern US.

Blueberries are a member of the heather family. The tough, low-growing plants can completely carpet a forest floor, creating a veritable a forager’s paradise. The leaves are small, elliptical with finely serrated margins. The reddish fairy bell flowers, dangling singly from the low bushes, are typical of the heather family. By the end of July/beginning of August, depending on local conditions, they turn into deep bluish-black berries. To be sure, picking each soft little berry requires a certain degree of delicacy and many will squish their sweet juice all over your hands and clothes. Make sure you are dressed for the occasion, as you will never completely get the stain out again (Tip: lemon juice or ascorbic acid works best).

Some find cleaning the berries a chore, as the little stalks can be somewhat tenacious, and tedious to pick off, but the effort is well worth it. Nothing quite compares to blueberry bliss – in fact, my taste buds are performing a little dance of ecstasy at the mere thought of harvesting season drawing nigh. 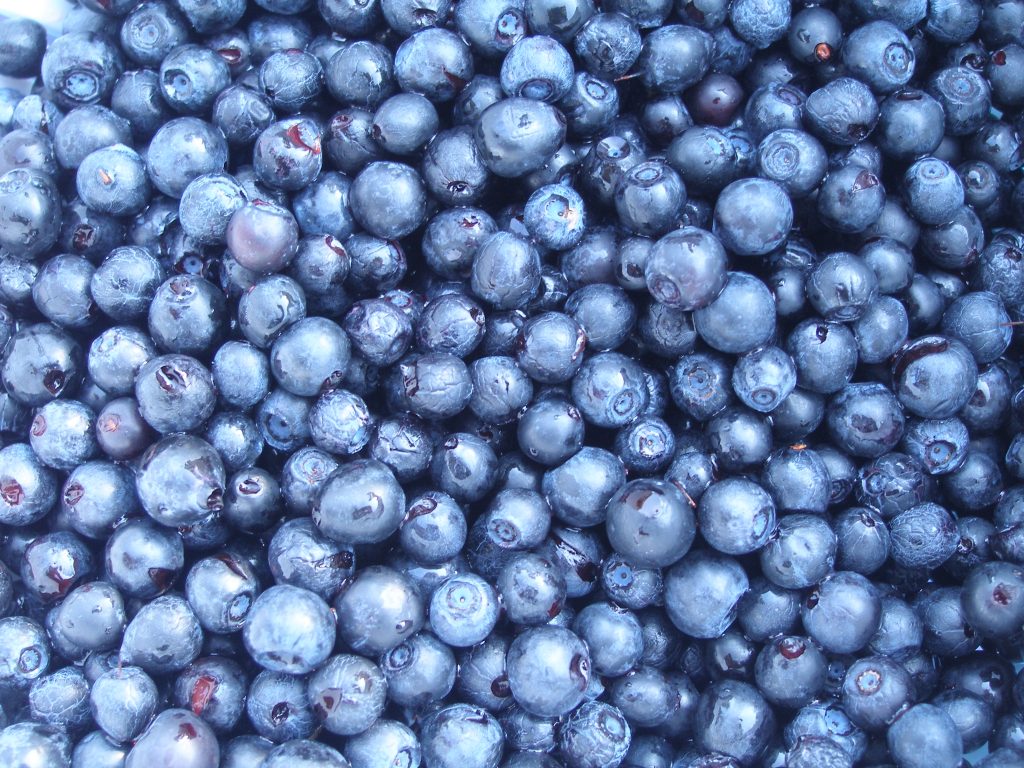 Both berries and leaves feature in traditional herbal medicine. A tea made from Blueberry leaves can lower blood sugar levels. However, recent animal research suggests that long-term use of large doses can have adverse effects. The berries are known to enhance the peripheral blood circulation, which among other things, improve visual acuity. This property comes to the aid of diabetics and people who find it hard to adjust to poor lighting conditions. They are also hailed to improve blood supply to the brain and thus make excellent brain power food. These findings suggest that Blueberries make an ideal snacking fruit for the elderly. They have also been found to reduce cholesterol and to catch free radicals. In fact, according to a study by Tuffts University, which examined 60 different fruit and vegetables, blueberries demonstrated the highest levels of antioxidant activity. Blueberries also act on the connective tissue, making it stronger and more stable. They have also been recommended for people who suffer from varicose veins. Furthermore, blueberries are rich in anthocyanins, an antioxidant compound found in wine which is known to protect the heart. However, wine made from blueberries has been shown to contain 38% more of this compound than red wine. They also contain another type of antioxidant compound that protects against colon cancer. Thus, blueberries are easily not just one of the most delicious fruits, but also one of the healthiest. Scoff as many as you can while the season is on!

Blueberries have also been found to reduce cholesterol and to catch free radicals. In fact, according to a study by Tufts University, which examined 60 different fruit and vegetables, blueberries demonstrated the highest levels of antioxidant activity. Blueberries also act on the connective tissue, making it stronger and more stable and have also been recommended for varicose veins. Furthermore, blueberries are rich in anthocyanins, an antioxidant compound also found in wine, which is known to protect the heart. However, wine made from blueberries has been shown to contain 38% more of this compound than red wine, as well as another type of antioxidant that is said to protect against colon cancer. Thus, blueberries are easily not only one of the most delicious fruits, but also one of the healthiest. Scoff as many as you can, while the season is on!

If you are lucky enough to find a plentiful patch, perhaps mixed with other berries, such as wild strawberries, raspberries or blackberries, you can make a cold berry soup – a favourite summer dish in Scandinavian countries, fruits of the forest ice cream, sorbet or yogurt cream, which, when stabilized with vegetarian gelatine, makes an excellent cake filling. Blueberry milkshakes are equally delicious. Not to mention jams and syrups for later use. In short, there is no limit to blueberry delights.

Mash about 1 cup of blueberries. Add 1 cup of water (or more if you like it thinner). Simmer briefly, add sugar or honey to taste, strain through cheesecloth and cool.

Wash the berries. Combine corn starch, sugar and optional spices in a mixing bowl. Add lemon juice and water and blend well. Gently combine blueberries with the cornstarch mixture and fill into pie crust. They may overfill the tin, but the volume is reduced during baking.

Take a quart of blueberries, bruise or mash. Add the same amount of water and a little lemon juice. Simmer, add sugar to taste. If you don’t like the seeds and skins, you can strain the liquid through a fine sieve or cheesecloth. Dissolve a little cornstarch and add to thicken, but take care not to use too much. Simmer a little while longer, then allow to cool and put in the fridge. Whip some cream. When the blueberry soup is cold enough, serve with dabs of fresh whipped cream. Some people like to refine this recipe by adding a little cassis to the soup.