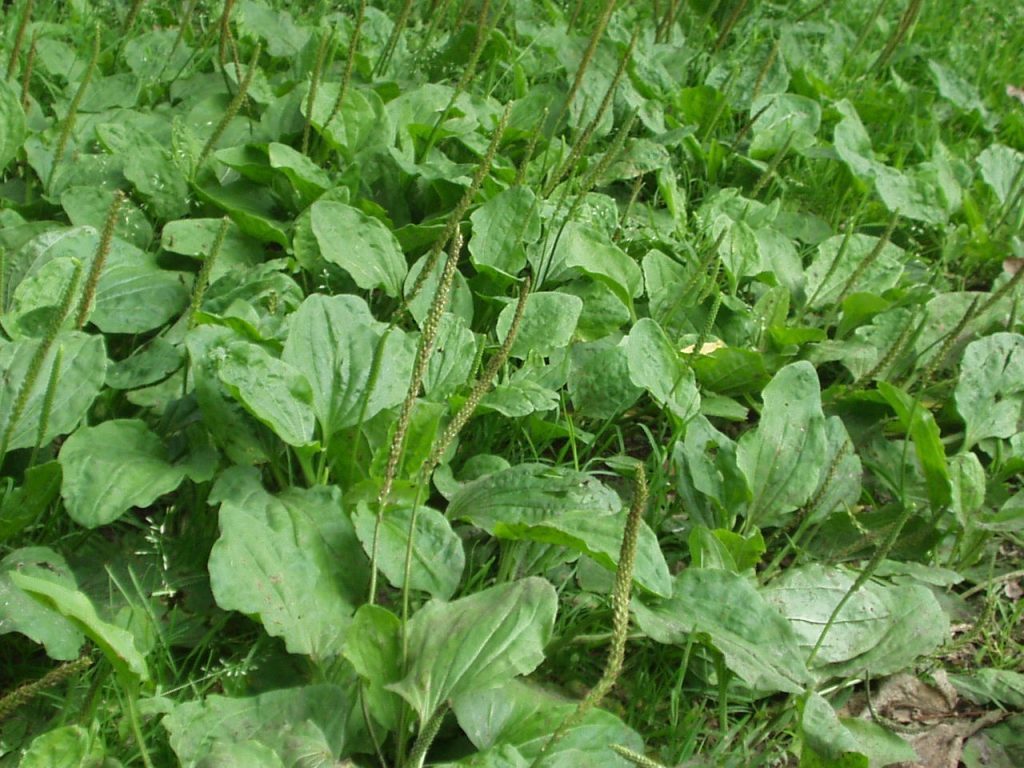 Most of us are familiar with the broad-leaved plantain, a common weed that seems to grow just about anywhere. Or, perhaps you also know the Ribwort Plantain, with its long, slender leaves. But did you know that this genus of humble weeds comprises some 200 species that occur all over the world?

As masters of adaptation, Plantains are ubiquitous. They have managed to eke out a living in almost every conceivable kind of habitat. Gardeners curse them as intruders when they cannot abolish them from their neat lawns and paths. But they are oblivious to this humble plant’s remarkable healing properties!

Linnaeus named the genus, ‘Plantago’ which derives from the Latin word ‘plantar’ meaning ‘foot’. He intended to convey that these plants go wherever they want – or rather, wherever we go and spread their seeds, via the bottoms of our boots. This property was not lost on the Native Americans either. They called it ‘white man’s footprint’ as they watched it spread across their land.

In neolithic times, the broad-leaved Plantain (Plantago major) was held sacred for it grew nowhere better than on the old straight track, the ceremonial causeway. They were always kept clean and free of weeds, but the plantain proved unconquerable. Hence it was called ‘Wegerich’ or, ‘King of the road’.

The Anglo-Saxons included it in their ‘Nine Herbs Charm’, calling it ‘Waybread’. This name refers to its use as a sacrament. Sacrificial victims were given a gruel of Plantain seeds as a kind of ‘Last Supper’.

Its amazing resilience and determination to return eternally, no matter how often it was cut or removed, were a sure sign of its supernatural powers. Thus, Plantain roots were used as a talisman to protect the traveller and its leaves put into shoes was supposed to keep the feet happy and untiring. 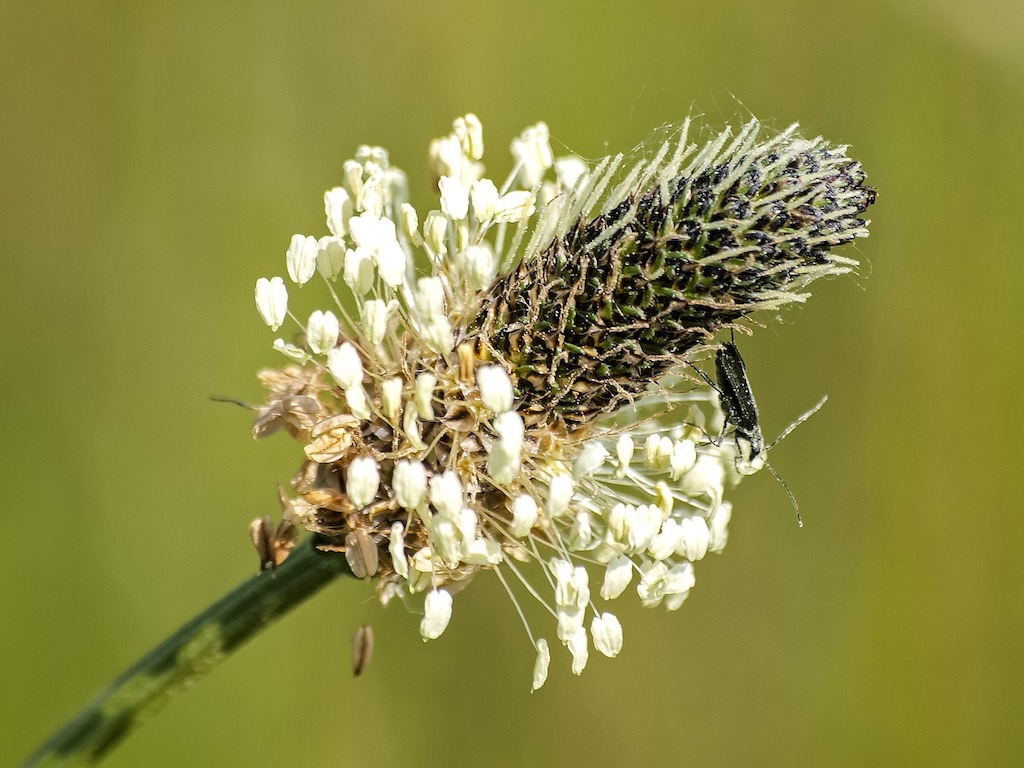 Plantain has an amazing range of healing properties. The leaf contains an antibacterial glycoside that is effective against many types of bacteria.

The fresh leaves make a very effective and readily available anti-bacterial band-aid that can be used on all kinds of scrapes, small wounds and insect or even spider bites. Just take a leaf, rub it between your fingers so that the juice comes out and apply it directly to the sting or wound. The roots are said to be similarly effective on scorpion stings and snake bites.

A paste made from the boiled seeds of broad-leaved plantain draws out splinters and thorns.

An infusion of the leaves combined with oak bark makes a good mouth-wash for gingivitis or stomatitis or for cleansing wounds (even festering ones. )or to treat varicose veins, haemorrhoids, ulcers. The leaves contain silicon which strengthens and tightens connective tissues.

For internal use, it makes an excellent tea or syrup for treating diseases of the respiratory system. The leaves of the Ribwort plantain are particularly effective as they are anti-inflammatory and expectorant. The antibiotic properties of the fresh juice can even be used for the treatment of tuberculosis. But upon drying the antibiotic effect diminishes.

The fresh juice also makes a good blood cleansing remedy and can also be used as an anti-inflammatory agent for treating swollen glands.

Plantain can support other organ systems as well. Its antimicrobial properties can improve intestinal health (fresh juice) and its anti-hepatotoxic effect protects the liver better than milk-thistle seeds.

An infusion of the leaves helps to control diarrhoea, while the seeds are a great aid for the elimination of waste products and for weigh-loss. As they are water-soluble (especially those of Plantago psyllium), they bulk up the stomach content and absorb and eliminate toxins. This also makes them useful as a safe and effective remedy for constipation. But drink PLENTY of water to facilitate excretion.

Recent research has shown the seeds of the broad-leaved plantain to have potent anti-cancer properties.

Plantains are edible. The young leaves can be added to salads or used as a potherb when combined with other herbs. (Older leaves tend to be rather tough and stringy.) The leaves make a great addition to green smoothies, while the roasted seeds can be mixed into the porridge or muesli, and the birds love them too!