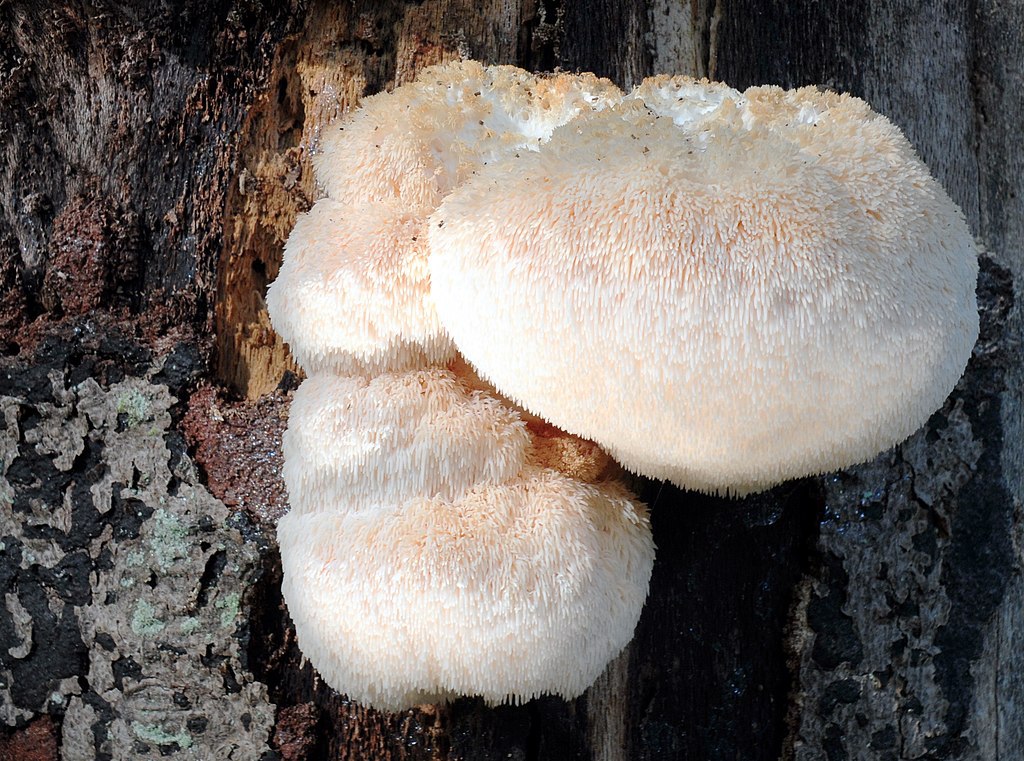 The Magical Kingdom of Mushrooms

I have always been interested in mushrooms and many years ago started foraging for easily identifiable species. But over the years, it gradually began to dawn on me: mushrooms are a special kind of wonderful.

It is not just the sheer variety of colours, shapes, and sizes that is mind-boggling. Yet, until recently, science put little effort into trying to understand them. Even though they don’t produce chlorophyll, and cannot photosynthesize, they had long been lumped together with plants. As it turns out, fungi have a kingdom all of their own.

We are unaware of fungi because all we see, are their spore-producing fruiting bodies. The much greater part, a vast spreading network of matted fibres called mycelium, is hidden below ground. These fragile strands are all-important for the well-being of Mother Earth. Mycologists are just beginning to realize that we could not exist without them.

Like most people, I considered mushrooms primarily as a category of food. But since I live in Western Europe, the variety available at the market is limited. There are the familiar cardboard mushrooms aka field mushrooms that are available all year round, and a few seasonal species: Oyster mushrooms, Chanterelles, and very occasionally, Porcini mushrooms. And that’s it.

By chance, I discovered that mushrooms play a much more important role in Southeast Asia, not just as foods but also as medicines.

I knew of Chaga and Shiitake as being used medicinally. Both have a long list of credentials. But I was unaware of the real scope of these mysterious mushroom medicines. 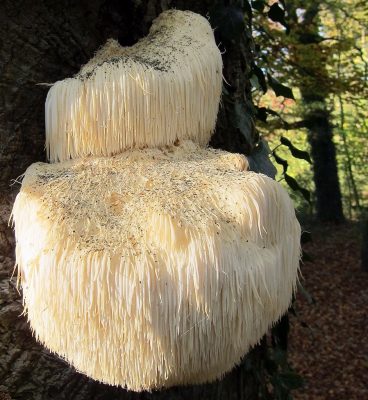 My interest was piqued when I first spotted this really weird looking-mushroom on one of my local mushroom forays. I had never seen anything like it! A whitish-cream colored, shaggy-looking thing that reminded me of a coral, or a miniature cascading stalactite, or a mop. But certainly not of a mushroom. It grew in clumps, each seemingly flowing into the next. I was instantly smitten.

At home, I identified the mystery mushroom as Lion’s Mane, Hericium Erinaceus, an edible mushroom with some remarkable healing properties.

So, what can Lion’s Mane Mushroom do?

Lion’s Mane is known for its power to enhance cognitive function – all kinds of mental processes, including memory.

As a writer, I spend a lot of time in front of the computer, and in the evening I often felt mentally exhausted. A tired mind is an irritable mind. I found myself overreacting to trivial irritations. Concentration fades after so many hours, and sometimes I just couldn’t stay focused. My go-to stimulants of choice were coffee or chocolate, but that soon backfired when I found that I had a hard time going to sleep.

I tried Vitamin B, which helped, but not enough. When I found out about Lion’s Mane, I had to give it a try. When I started to take 1 capsule of the extract along with a compound vitamin B supplement, I began to notice an effect almost immediately. Now, about three months down the road, I can honestly say, it has changed my life. I only take one capsule instead of the recommended two, together with the B vitamins.

My mental stamina has improved significantly without any kind of side effects. There is no caffeine-type ‘buzz’, no trouble going to sleep, no signs of exhaustion. Lion’s Mane seems to just tune the system, so it can operate more smoothly, making me feel more balanced, patient, and capable.

I am sure, everyone around me appreciates it, too.

What does the science say?

I love Lion’s Mane as brain food, but it can potentially do a lot more. Recent studies have mostly been done on animals, but the results are promising. Research has focused on Lion Mane’s effects on neurological conditions such as dementia, Alzheimer’s, Parkinson’s Disease, depression, and anxiety – all with preliminary positive results. Lion’s Mane has anti-inflammatory, immune system boosting powers, and it has also shown positive effects on the digestive system.

I will write more about these findings in another article. Here, I just wanted to share my personal experience, which has been remarkable. Try it yourself!

Images by Henk Monster, CC BY 3.0  via Wikimedia Commons