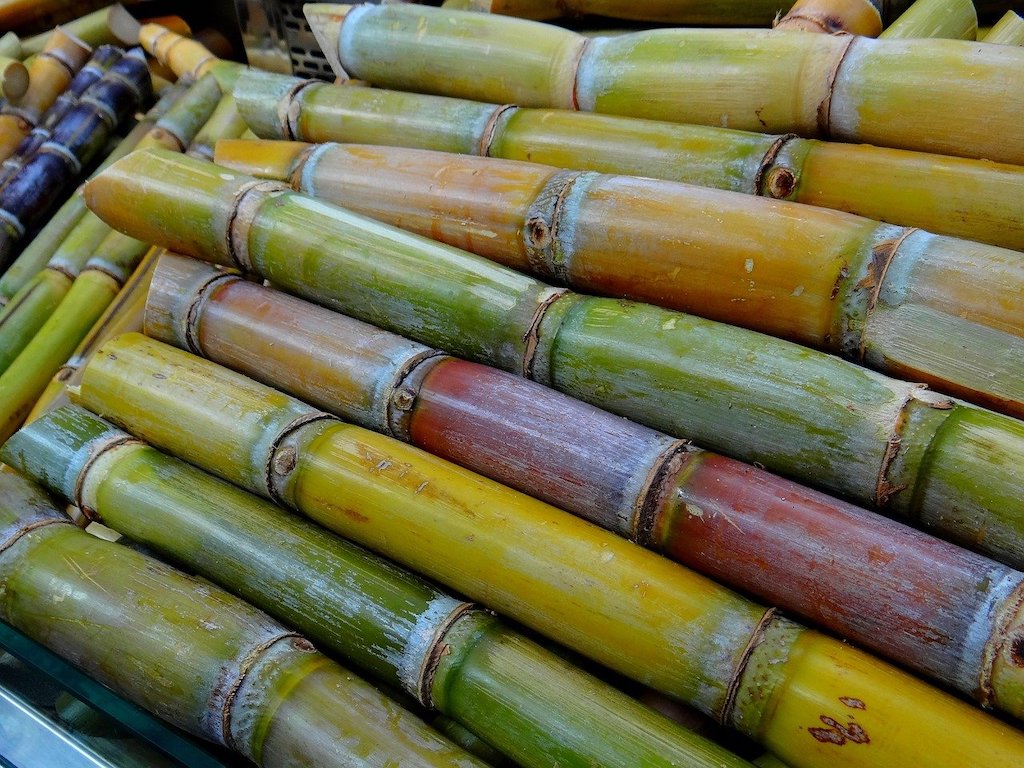 The story of sugar is bittersweet indeed. It is a story of addiction that is responsible for millions of deaths, unspeakable suffering, despicable abuse, savage cruelty, ruthless exploitation, social injustice, ecological destruction, and last, but by no means least – a legacy of public health problems including dental decay, diabetes, obesity, and cancer, which combined cost millions of dollars in annual health budgets around the world.

The story of sugar can starts somewhere around 15000BC. Sugar cane is a tall reed and a member of the grass family. It originating in New Guinea, but it must have been pretty popular, even in prehistoric times as by 6000BC it had spread to India, China, and the Fiji Islands. The Arabs introduced it to the Occident and planted it in what is now Iraq and Persia. At that time, the Arabs were spreading throughout southern Europe, taking their most important food plants with them and traded in sugar, back then an expensive rarity that was mostly sold as medicine.

Sugar’s reputation as a medicinal substance actually has a long tradition. In Ayurvedic medicine, various forms of sugar were used for eons and still play a role as adjuncts to countless compound remedies. As early as 600BC it was mentioned in numerous ancient texts, where it is referred to as ‘Sharkara’. It was classified into twelve different types according to the quality. A thin type of reed known as Vamshika was considered ‘superior’ quality. 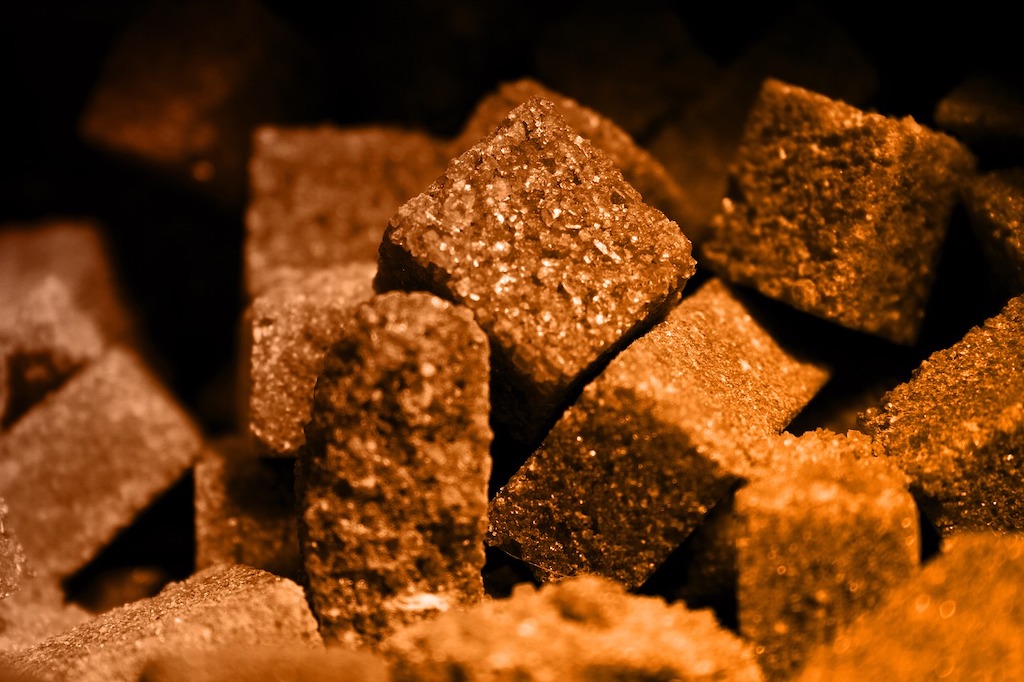 It appears that the art of making sugar was invented in India, in about 100BC. Originally the cane was simply boiled to obtain a concentrated, unrefined type of sugar known as jaggery or ‘gur’. Ancient Greek historians described it as ‘a kind of honey from a reed, produced without bees’.

A turning point came in 1097AD when some crusaders robbed a caravan in Palestine and made off with 11 camel loads of sugar. Very soon after, in 1100AD Venice became the most important trading port for sugar – and as a result, it prospered mightily!

But the competition was stiff, even back then. By around 1400AD, the Portuguese had taken over to become the biggest force in the sugar trade. In 1420AD they started to settle the island of Madeira, which they had only discovered the year before. Soon they had stripped the island of its natural vegetation in order to plant sugar cane. Of course, laborers were needed to do all the hard work.

That problem was solved by Henry the Explorer, who in 1444, on one of his voyages to circumnavigate Africa, had kidnapped a group of 235 natives from Lagos, which he had brought back to Seville. The Portuguese bought them as slaves to work in the new Portuguese sugar plantations. Columbus himself is said to have been involved in these early plantations. Soon after, the Canary Islands suffered the same fate. And, as we all know, it was from here that in 1493AD Columbus began his second voyage to Hispaniola, carrying in the vault of his ship some sugar cane cuttings- the beginnings of a very dark chapter of history that was to change the world forever. The story of sugar shows that European expansion did not happen haphazardly. It happened by design and should be regarded as a crime. 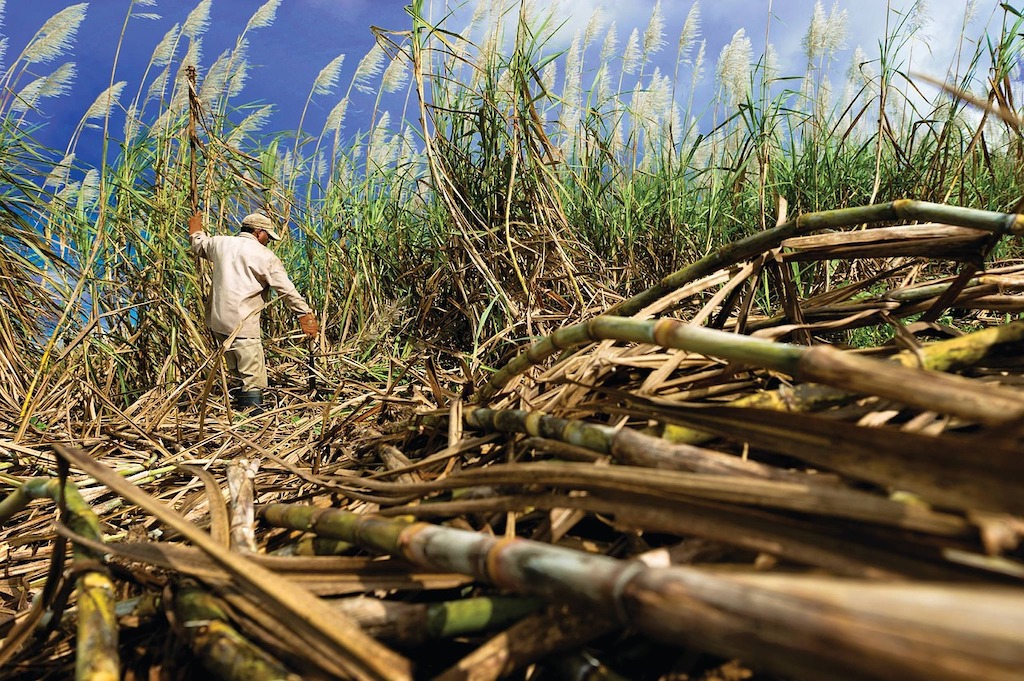 At first, sugar cane was only planted on a fairly small scale, in Hispaniola. the biggest problem of the Conquistadores was that the native population was utterly unwilling and ‘unsuitable’ as a workforce. Work on the sugar plantation is very hard. Clearing land, planting, and harvesting by hand in the heat of the tropical sun was back-breaking enough, but processing the canes in the presses and boilers to make sugar is what became known as the proverbial sweatshop, and a dangerous one at that.

The natives simply refused, preferring to die rather than to perform the work, or if they were forced into this horrendous slavery, they soon died in droves from the inhumane working conditions. Within 20 years of Columbus’ arrival in Hispaniola (now Haiti) the native population shrank from an estimated 800 000 – 2 million inhabitants to only 15000, and 30 years later they were completely annihilated.

To solve the labor problem, plantation owners imported slaves from Africa. Africans were brutally rounding up like animals, tied together, and marched for miles to the shipping port. How is it possible that human beings can be so cruel and heartless towards another fellow human being? The answer is denial by means of ‘dehumanization’. Europeans were high on sugar: they were greedy, power-hungry, and willing to sacrifice their humanity for profits. They simply denied Blacks the status of a human being.

They regarded them as subhuman and considered their lives to be inconsequential, except as a workforce. The brutal excesses of slavery are well documented and there is no need to spell them out in every bloody detail again. Suffice to say that over the course of 400 years about 20 million Africans were forced into slavery and transported across the Atlantic (several million more were sold into slavery elsewhere). Millions died from the unspeakably harsh conditions (20% of those that were captured never even survived the journey). In the 18th century, the value of one ton of sugar was considered equivalent to one slave. In 1801 alone, 35000 slaves died for the 70 000 tons of sugar that England imported that year. 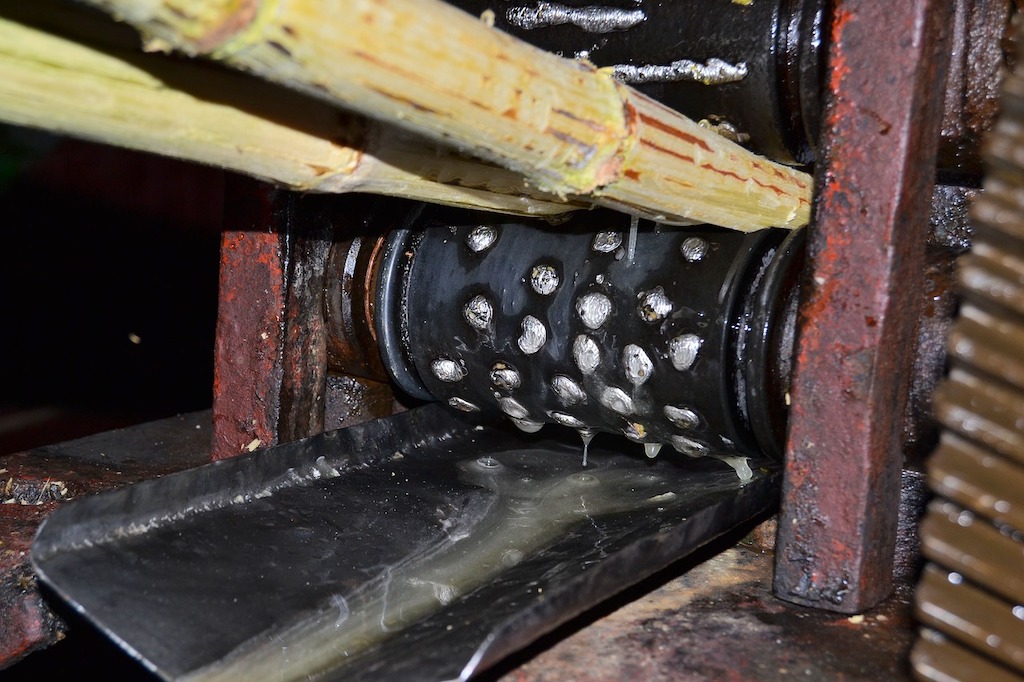 Sugar plantations dramatically changed the demographic face of the world. Over the course of 400 years, the native population of the Caribbean Islands was practically obliterated, Africans from a multitude of ethnic backgrounds were imported. Irish, Welsh, and Scottish immigrants followed and after the abolition of slavery, Chinese and Indians were lured in as a cheap workforce.

In 1747, a German researcher by the name of Maggrave discovered that sugar beets yielded a substance that was identical to cane sugar. Europe began its own sugar production, but it was only when Napoleon issued a trade embargo against products from the transatlantic colonies that Europe’s domestic sugar production really took off. 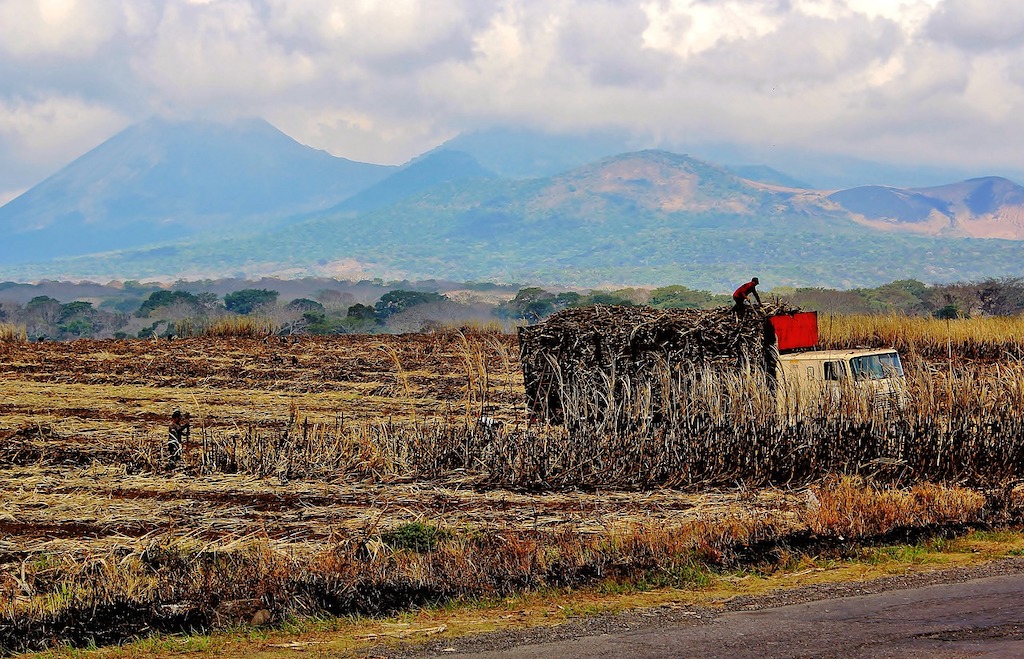 Apart from the devastating human impact, sugar plantations also had dire ecological effects. Sugar demands good soil as well as plenty of water, and it is extremely hungry for expansion. Millions of acres of native forests were decimated to make room for this monoculture cash crop. Water supplies became polluted from the industrial waste and water tables sank. As in all monocultures, pesticides and fungicides need to be applied in vast quantities, thus further polluting the soil and the water as well as poisoning the workers.

Social injustice is programmed into each and every cash crop economy and the vestiges of unfair land distribution determine the political, socioeconomic, and demographic patterns in all parts of the world where colonial powers with their cash crop economies once ruled.

And yet, in comparison, sugar cane is easily the most destructive cash crop the world has ever exploited. Apart from the human and environmental production costs mentioned above refined sugar offers no nutritional benefit what-so-ever. It provides nothing but empty calories while causing major damage to our physical health. Yet, we classify it as a food. Health problems related to excessive levels of sugar in the diet, such as obesity and diabetes, are costing health services literally billions of dollars each year. Yet, sugar’s grip on society’s sweet tooth continues unabated – in fact, global sugar production and consumption are still steadily increasing. This sweet drug has driven the world economy for hundreds of years, and as we have seen, with disastrous consequences. It is not the sugar plant that is at fault, but our addictive minds.  Addiction and denial go hand in hand. As long as we refuse to acknowledge that there is a problem we can simply go on ‘as normal’, fulfilling the cravings while ignoring the consequences. Whether the object of desire is sugar, coffee, tea, cocoa, tobacco – or oil, the patterns that drive consumption and ruthless exploitation are the same.