The cycle of the seasons has always had a profound impact on wo/man. Even long before we took up agriculture and needed a ‘compass’ to guide our planting activities, we have followed the rhythms of the seasons in search of food. Plants serve as the harbingers of the seasons: we know spring is near when certain herbs appear. Each season brings its special gifts: in the spring we gather fresh, tender herbs, roots, and eggs. Summer brings sweet fruits and berries, while autumn bestows nuts and seeds as well as roots, or meat. Foragers follow the seasons and the animals, often moving around over large distances in order to make the most of the harvest.

Living so close to nature, enveloped in her seasonal rhythms, wo/man had ample opportunity to observe the heavens. They took note of the waxing and waning of the moon and the revolving skies. These observations were instrumental in facilitating early agriculture, as knowing just when to plough and when to plant is crucially important to the success of such an arduous undertaking. But how exactly did our ancestors know just when the right time had arrived, so long before the first calendars or even writing had been invented?

Astro-archeology and the agricultural calendar

Astro-archeologists have discovered numerous monuments that mark the key turning points of the year, the equinoxes and solstices, which that inaugurate each season. During the Bronze Age particularly, Megalithic cultures constructed stone circles and megalithic alignments that literally served as calendars set in stone. These, of course, were of huge ritual importance: each season was celebrated and sacrifices had to be made to the Gods to obtain their blessing for a rich harvest.

The success of the endeavor also depended on favorable weather conditions – enough rain, warmth, and sun to aid growth, and an absence of storms that could destroy the harvest in just a few hours.

This is how the seasonal calendar evolved, along with its annual cycle of ceremonies, festivals, and celebrations. We still celebrate these although they have been incorporated into various religious traditions while their original meaning has largely been lost. In the ritual calendars of the western world, the early Celtic/Norse and Slavic festival calendar have been integrated into the Christian tradition. This is why festivals such as Easter and St. John’s Day or Christmas are such a muddle of symbolism and their dates coincide with corresponding festivals of the earlier agricultural calendar.

In this section, we explore the ancient festival cycle and its symbolic and historic significance. An awareness of the seasonal rhythms is fundamental to all who seek to connect with nature on a deeper, spiritual level. 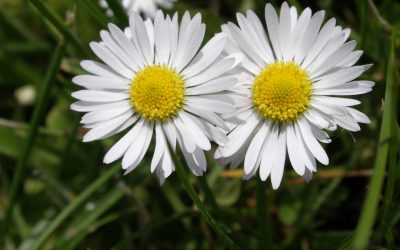 On the day of the vernal equinox the the forces of light and dark are in perfect balance as the season has reached a turning point. Spring is here!