Permaculture – Paradigm Shift for a Sustainable Way of Life

It is easy to get down on the way things are going in the world – climate change is no longer a fringe topic, yet any plans to address it fall far short of what would be needed to halt it. Growing levels of pollution, consumer goods designed for the landfill, destruction of habitats and ecosystems all contribute to our demise.

It is easy to give up and resign oneself to the ‘that’s just the way it is,’ mentality while burying one’s head deeply in the sand. One person alone can’t do much anyway, so why bother worrying about anything, right?

Wrong! It doesn’t have to be that way. And right now, as we are beginning to see the light again at the end of the tunnel, we have a unique chance to do things differently. One thing many of us have learnt to appreciate over the past year or so is the importance of nature when all the entrapments of our postmodern lifestyles begin to crumble.

Things are changing, quietly and persistently. People are looking for a quieter, more sustainable way of life and the idea is spreading, sprouting at the grass-roots level, from one community to the next.

It has been said that the next revolution will be fought in our gardens, and I am beginning to see it that way, too. It will be fought with peas and love – a non-violent, lifestyle revolution called ‘Permaculture’, a growing movement, not just across the country, but across the entire globe.

You may have heard of it. Sometimes referred to as the ‘no-dig system of gardening’, many conventional growers, and even organic growers, dismiss it as a naive and impractical way to feed the multitudes around the world. And, perhaps that would be true if the aim was to swap industrial farms for permaculture farms while continuing with ‘business as usual’ with our economic system.

But that is an illusion. Industrial farming is on the brink of collapse – its ‘paradigm’ based on ‘war against nature’ and ‘war against insects’, its soils are depleted and ecosystems have been degraded, just to maximize short-term profits. To that end, GMO seeds are engineered to withstand being doused with toxic chemicals. The result is predictable: resistant ‘competitors’ – so-called superweeds and insects from hell. Has the message got through yet, that we cannot win this war? And that continuing to fight it will mean our certain demise? 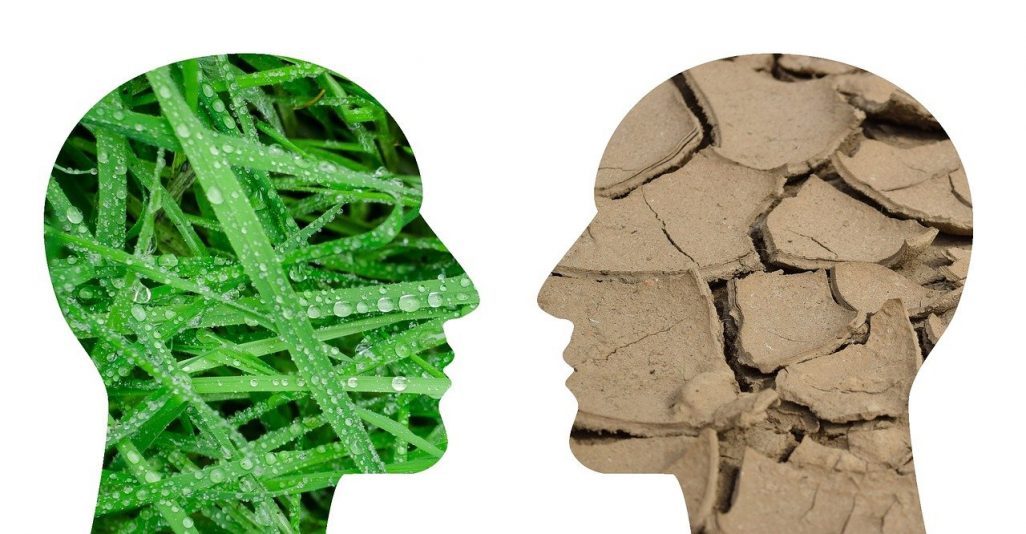 Image by Tumisu from Pixabay

The paradigms of Permaculture, on the other hand, are based on abundance, cooperation, and sharing. Permaculture seeks to restore rather than exploit ecosystems. ‘Thinking globally and acting locally’ – If yields are higher than what is needed, they can be sold on a wider national or international market. But, let’s produce local food for local people.

Presently the marketplace is based on cash crop economics, exploiting disenfranchised communities. Their land is ‘grabbed’ by multinationals and turned into monocultures – like palm oil, coffee, or bananas. Peasants have no land nor time to grow enough food to feed themselves. Instead, they barely survive on the pennies they earn for their labour in this ‘feudal’ system that has its roots in colonial times.

We can’t change the whole world at once, but we can start in our own backyards. We can create cooperative permaculture farms sharing harvests with neighbours and friends, thus reducing reliance on industrial agriculture that brings us products from around the world at an enormous human and environmental cost.

How is Permaculture different from Organic Farms?

Permaculture design is fundamentally different from all types of conventional agriculture – even organic farms. Permaculture seeks to imitate and cooperate with nature. One of the ‘fathers’ of Permaculture, Bill Mollison, grouped its philosophy into three ethical paradigms and 12 principles.

The ethical paradigms speak for themselves:

The 12 principles of permaculture require a bit more of an explanation:

Permaculture aims to work with nature. The gardener observes and tries to understand the processes that are at work in a given habitat, then interacts with these to support some features and maybe discourage or relay others.

Resource management is a crucial aspect of the system – water and compost are crucial resources. By recycling greywater and building catchment areas for rainwater, it can be harvested and retained instead of losing it to run-off.

Likewise, biomass is returned to the soil in the form of compost and mulch. The continuous process of nurturing the soil restores its vitality. Instead of becoming depleted it is invigorated and restored.

Permaculture is not intended as an act of ‘self-sacrifice’. We all need to live and our ‘input’ must produce some kind of worthwhile ‘output’. Ideally, our gardens would provide for all our needs, but it is limiting to think of ‘yield’ only in terms of consumable ‘products’. Aesthetics or relaxation can also be a ‘yield’.

In a world of limited resources, we need to strive for balance and ensure that not only our present needs are met, but that the needs of generations yet to come can also be met. And that the ecosystem as a whole (with all its interactions) must be taken into consideration. Permaculture aims to produce abundance for all the species that share a particular space. The effects of our actions take a while to manifest. We should always observe and respond to the ‘feedback’ we are getting and be prepared to change our ways if the effects turn out to be damaging to any part of the system as a whole.

5. Use and Value: Renewable Resources and Services

As an extension to the 5th principle, consider the impact of everything you buy or produce. Kitchen scraps can be composted – but what about all the plastic? If it can’t be recycled, reused, repaired or repurposed it is ultimately designed for the waste dump and will continue to be a burden on the planet for a long time to come. Aim for zero waste.

7. Design: From Patterns to Details

Before starting to work on a plot, consider the seasons and weather pattern, geological patterns and features. Clever design can save you work. Utilize whatever is available to maximum effect. Focus first on the overall patterns, then fill in the details.

8. Integrate Rather Than Segregate

Nature does not create monocultures – they leave crops vulnerable to pests and diseases. Instead, nature creates eco-systems that thrive in unison. The pests of one plant are the ‘helpers’ of another or food for the birds. The balance is kept in check and neither becomes dominant if the garden is geared towards producing abundance and diversity.

In Permaculture, garden plots are not planted with single varieties, as plant communities composed of various species that can thrive together within the garden ecosystem.

9. Use Small and Slow Solutions

We frequently think that we need ‘big’ solutions to deal with big problems. But often the opposite is true – especially when it comes to gardening. The earth is made up of millions of micro-environments that call for special adaptations rather than a one-size-fits-all solution. Working at a smaller scale also means it is more manageable.

10. Use and Value Diversity

Diversity is a key concept of permaculture. Natural conditions are constantly changing and organisms respond by adaptation. Different species have evolved to thrive in different conditions. We never know what sort of weather we may have during the growing season – and given the effects of climate change, weather extremes have become the norm, rather than the exception. The best way to safeguard food security is to plan for these extremes by planting different varieties of the same species to spread the risk. Depending on actual weather conditions that year, certain varieties will thrive while others won’t. Food security depends on diversity – not on just a few, patented seeds that have been manipulated to resist the chemical weapons of industrial agriculture.

11. Use Edges and Value the Marginal

The margins are the most interesting areas of the garden. This is where different elements can interact and adapt. In nature, marginal environments are often the most diverse. Socially, too, the ‘fringe’ is where new ideas are born.

12. Creatively Use and Respond to Change

Change is the only constant. By anticipating change rather than resisting it, we can use it as an opportunity and adapt to the challenge.

The 12 principles of permaculture apply to small or large scale horticultural projects and even to large scale ecosystem restoration. But permaculture is not only about food. It is ultimately about ecology, which includes human ecology – human/nature interactions. It is about restoring the integrity of the web of life, of which we are but one strand among many.