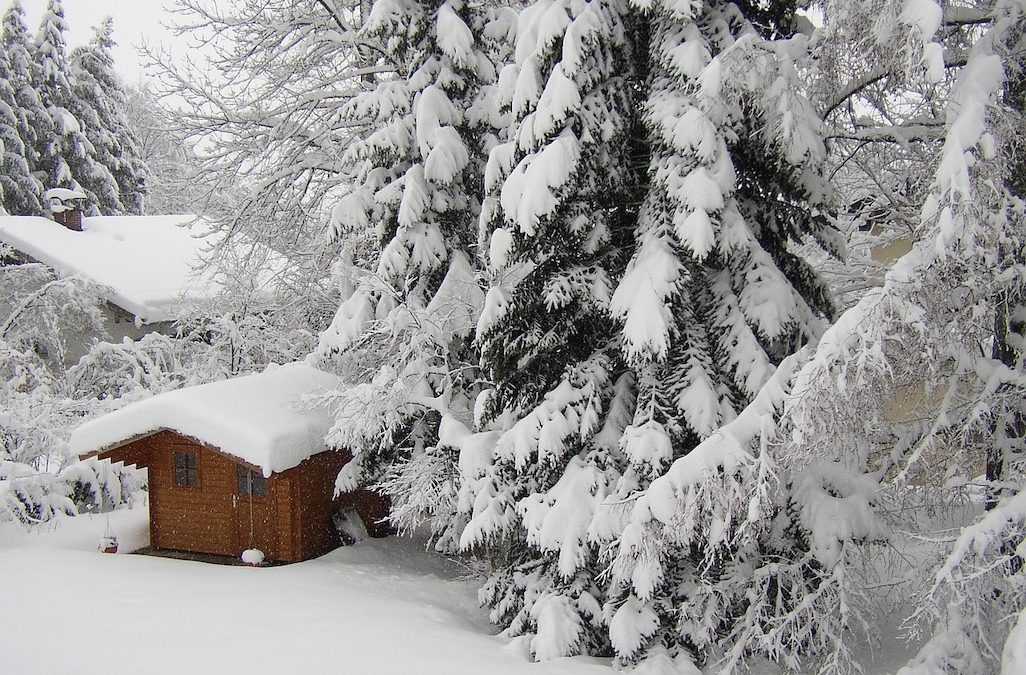 Winter is a trying period for gardeners. At the latest by the middle of the month, they are itching to do SOMETHING in the garden! But the life-juices are dormant beneath the surface, the ground is frozen and covered in snow. There isn’t a whole lot to do. But there is always something.

Cleaning up the Tool Shed

You might also want to use the quiet time to organize the tool shed, and do some maintenance work. Make a note of materials you might need for projects you might be planning for later in the spring.

Use the quiet time of the year to dream and prepare for the season ahead. What do you want to grow and where? Survey and organize your seed library and make a plan: What would you like to grow this year? What worked well last year? Maybe there are some new varieties you would like to try? Check your favorite seed suppliers and get your order in early.

If you are really impatient and have a frost-free cold frame you can start some early varieties of lettuce, kohlrabi, and radishes. Or, if you don’t have a cold frame, why not build one?

If you live in a cold climate zone and want to grow species that normally grow in much warmer regions, such as aubergines or peppers, you could start them off early. A corner in the basement could be modified and fitted with a grow light. Neutral white light LED strips will work well.

Finally, don’t forget the birds. They happily visit your feeder. It is a great joy to watch them and attracting them to your garden will also help you later when they forage for insect larvae. 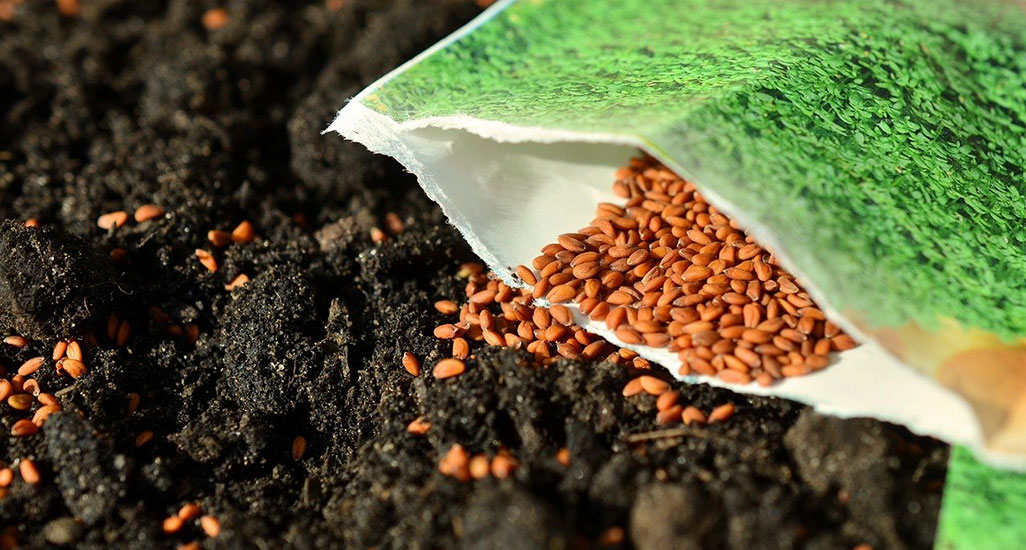 What to sow in January

If you are one of those impatient gardeners (like me), who are itching to get going with the garden year, you’ll be wondering what you could possibly grow this early in the season. In the northern hemisphere, January is one of the coldest months of the year. But don’t despair! There are actually a few things that you can sow, even as early as January. But of course, not out in the open while temperatures drop below freezing.

There are ways around that limitation though – like, discover a new use for your window sill, or you can make a cold frame – or maybe you are the proud owner of a greenhouse or poly-tunnel.

Here are some veggies you can sow (indoors or under glass) at the end of January (about 4 weeks before the last expected frost):

There are many different varieties, so pick one that is hardy in your area. Lettuce prefers cooler weather. Once it gets too warm it will quickly bolt.

There are purple and green varieties. The purple one is a bit more flavourful. Kohlrabi is pretty tough and winter kohlrabi can stay in the bed until needed. Summer kohlrabi should be started under glass, but need the cold temperature to trigger germination. They should be hardened off before transplanting them outside. Remember, though, that like other members of the cabbage family, kohlrabi does not like the company of other crucifers in its neighborhood.

These crunchy, peppery fellows are a lovely early spring crop since they are very tolerant and are quick to grow. Best to sow in intervals, every 2 weeks to optimize the harvest. But make sure you pick a spring variety as radishes are daylight sensitive.

Pick open-pollinated heirloom varieties so you can save your own seeds for the next growing season.

Before they can go out into the regular bed they should be hardened off. Don’t plant them out as long as temperatures fall below zero. The ideal temperature range is

Have you heard? There is a strange fever going around. Strangely, it only affects gardeners. I call it ‘Topiaria Gaudium Fever’. It is a special condition marked by high levels of excitement caused by the anticipation of the new gardening season. Round about now you can find gardeners up and down the land working up a sweat as they are feverishly studying long lists that look like pages of the phone book (phonebook? Who the hell still uses these?) It is impossible to catch their attention. Their eyes glazed over, they are almost drooling with febrile excitement as they utter strange sounds and incomprehensible words that make no sense to most other mortals.

It is an annual condition and immunity does not seem to build up over time.  Despite the fact that the land is buried under a thick layer of snow, gardeners are getting excited about future possibilities, exotic varieties, rare beauties, and even over bog-standard varieties of garlic or potato. They are not the same, you see. There is a world of difference between a Butte Russet and Russian Banana, wouldn’t you know?!

Our gardening friends are studying their seed catalogs and they can agonize over such lists for days. With so many varieties, what should one choose? Which variety is best suited to their specific climate and will it get on with the neighbors? Decisions, decisions…

What pains them are all the seeds that they have to say ‘no’ to for lack of space or adverse climatic factors. And yet, it is amazing how much even a relatively small area will give you if you know how to make the most of the available space.

A good plan is half the work

Garden planning is the ‘unseen’ work of the gardener, but if you want success, it is one of the most important stages. A good plan is half the work. And it is such fun, too! Skilled gardeners optimize the available space by intercropping, companion planting and vertical gardening. That way you can make the most of each season. Some early crops, like spinach, peas, rocket or radishes are ready to harvest before the main summer crops just get going. But timing is everything, so you have to be on the ball!

‘Intercropping’ means to grow several crops together or in close proximity. But planting willy-nilly won’t do. Some plants compete more than others and some need a lot of space once they get beyond the seedling stage. Ideally, you should aim to grow plants together that don’t go after each other’s resources, both in terms of space and in terms of nutrients. In horticulture, this practice is also known as ‘companion planting’ and you can actually grow a lot of different veggies all in the same bed as long as you give them enough space.

In colder climates, it is important to start seeds off early, indoors, to give them a head start. By the time it gets warm enough for them to go out they will be strong little plants. But starting them off too early can also be problematic. Every window sill eventually runs out of space. And also, some plants have a tendency to get dangly if they are kept indoors for too long. Instead of growing strong, they grow feeble. Thus, studying the seed catalogs, which provide information about the optimal growing conditions, planting and harvesting times, is time well spent. If you limit yourself to those varieties that are hardy in your climate and can withstand the odd weather adversity, you are doing great!

To visualize what your garden will look like, and to get an idea of what needs to be done at which time of the year gives you a huge head start. You will be reward with a steady harvest for the most part of the year.

P.S. And while you are contemplating seeds, think about the bees and the butterflies as well. Use open-pollinated seeds and don’t forget to put some out for the birds!

Eager to find out what you could sow this month? Check out ‘What to sow in January‘.